X We notice you are using an ad blocker. We do respect your privacy but ad blockers are known to break our sites.
For best results, please consider whitelisting this site or disabling your ad blocker while you are visting with us.
Click here to Register Now!

Register below to access these expert talks FREE for 7 days!

Get instant access to these FREE BONUS gifts from our hosts and experts!

When you register today, you'll gain INSTANT access to the following gifts:

Maximize your chances for living a long, healthy life and turn your world into one where health comes naturally.

Millions are spending more than $50K on medication every year as they face chronic illness or disability.

Lifestyle changes you make now will impact your health as you age.

It’s possible to change your life for the better, so you can live longer — and without chronic disease. There are also alternative ways to get ahead of dementia, depression, diabetes, toxins, cancer and stress.

Trevor King is a serial entrepreneur with a background in the financial sector. In 2014, he entered the health world to try to address his long-standing depression. Before that, he worked as a concert promoter across Europe, India and Australia. He was also CEO of an internet start-up and is executive producer of That Vitamin Movie. He lives near Belfast, Northern Ireland, with his four children, four goats, two dogs and two horses and has a one-year old grandson, Ollie. 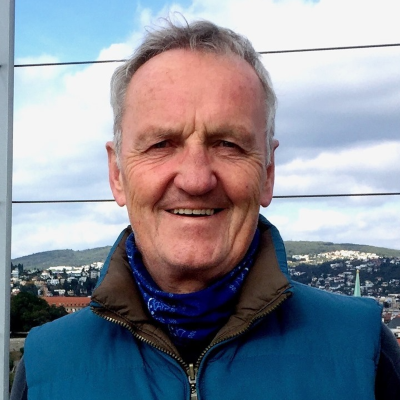 Michael Beattie is an award-winning producer, director and writer based in Belfast. During 35 years in television, he has been a reporter, presenter, writer, producer, director and manager. Programs he has produced, or directed, or both have won awards in the UK, Ireland, New York, Chicago, Boston and Houston. He readily admits that making That Vitamin Movie changed his attitudes toward health.

!!! If you DO NOT receive an email receipt (and/or text) with a ticket number within a few minutes, your ticket WAS NOT submitted properly. Check the spelling of your email address and try again. We typically reply within 24 hours. Thanks!