X We notice you are using an ad blocker. We do respect your privacy but ad blockers are known to break our sites.
For best results, please consider whitelisting this site or disabling your ad blocker while you are visting with us.
Click here to Register Now!

Register below to access these expert talks FREE for 7 days!

Get instant access to these FREE BONUS gifts from our hosts and experts!

When you register today, you'll gain INSTANT access to the following gifts:

Sick and tired of being sick and tired? Fibromyalgia often has a long list of common symptoms: chronic fatigue, widespread pain, brain fog, poor sleep, low moods, IBS — learn to find and fix the underlying causes of your symptoms so you can feel good again!

On top of their daily struggle with pain and fatigue, fibromyalgia patients are sometimes forced to fight another battle: convincing doctors, friends, coworkers and others that their condition is real, and that their symptoms aren’t all in their head.

Some doctors don’t believe fibro exists, and those who do don’t know how to treat it effectively. Treatment generally includes pain and symptom management, but conventional medicine and drug therapy alone are a dead end; there are simply too many symptoms, and alternative treatments aren’t widely known.

Before you know it, patients are taking a handful of different drugs — a drug for sleep, a drug for alertness, a drug for depression, a drug for anxiety — and none addressing what’s causing symptoms in the first place.

But there are proven protocols that can help overcome your fibro symptoms! The key is finding and fixing the underlying causes so you can get healthy, beat fibro and feel good again!

Dr. Rodger Murphree is a chiropractic physician, a board certified nutritional specialist and an internationally recognized fibromyalgia expert. His Murphree Method, a combination of functional and orthomolecular medicine, has helped thousands of patients get healthy and feel good again. He is the author of Treating and Beating Fibromyalgia and Chronic Fatigue Syndrome, Treating and Beating Anxiety and Depression With Orthomolecular Medicine, and Heart Disease: What Your Doctor Won’t Tell You.

Dr. Murphree maintains a busy telemedicine practice, is a frequent guest on local and national radio and television networks and writes for several professional and public health-related publications. His articles have appeared in The Washington Post as well as peer reviewed professional journals, including Townsend Letter for Doctors and Patients, Chiropractic Economics, Alternative Fibromyalgia News Magazine, The American Chiropractor and Nutri-News. 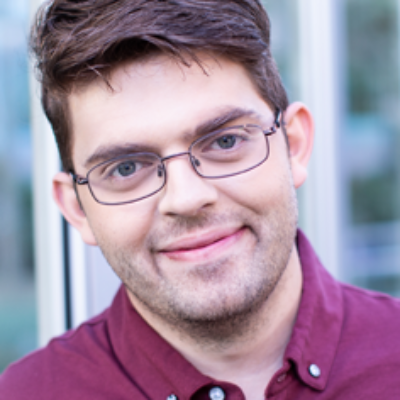 Dr. Rob Vanbergen has devoted his professional life to educating people about the effectiveness of natural pain management methods in relieving pain and anxiety and initiating healing in the body.

In addition to acquiring knowledge and certification in microcurrent therapy, Dr. Vanbergen is a certified holistic healthcare practitioner with training in biofeedback, neurofeedback, hypnotherapy, homeopathy, aromatherapy, auriculotherapy and counseling. Dr. Vanbergen obtained his bachelor's in Holistic Health Sciences from Quantum University in Hawaii in 2019. In 2021, he went on to receive his Doctor of Natural Medicine and a PhD in Natural Medicine with a groundbreaking dissertation that focused on the benefits of non-invasive microcurrent vagus nerve stimulation for the resolution of inflammation in the body.

!!! If you DO NOT receive an email receipt (and/or text) with a ticket number within a few minutes, your ticket WAS NOT submitted properly. Check the spelling of your email address and try again. We typically reply within 24 hours. Thanks!